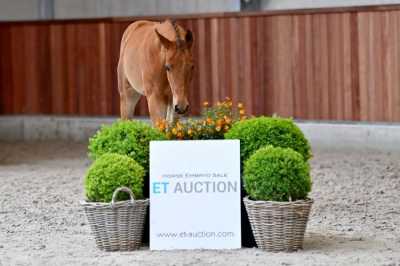 Sun is out, Foal time!

The Winter is over and we are excited to present you some  outstanding horses in the next few weeks. Team ET-Auction will present you first the Summer Foal Edition - Part I, thereafter the Summer Young Horses and last but not least the second edition of the Summer Foals.

Sun is out, Foal time!

The Winter is over and we are excited to present you some &nbsp;outstanding horses in the next few weeks. Team ET...
» Read more...

Get ready for some Foal madness!

Collection of the Foal Summer Edition - Part 1 online by the weekend!
» Read more...

After a thrilling January and February month, where over 30 embryos and over 40 horses changed of owner. It is time to t
» Read more...

Time to get excited and start the bids!
» Read more...

After a tremendous beginning of the year, it&rsquo;s time to end with a bang! After three successful youngster edition, ...
» Read more...